Female hip-hop artists have taken a prominent foothold in the industry in recent times. One of the budding female rappers, Finesse has left a prominent mark in the global hip hop industry. She has dropped another bomb, ‘Still’ on a major streaming platform bringing her unique rap style to the audience. She has won the hearts of the audience with her amazing vocal performances and picturesque storytelling. 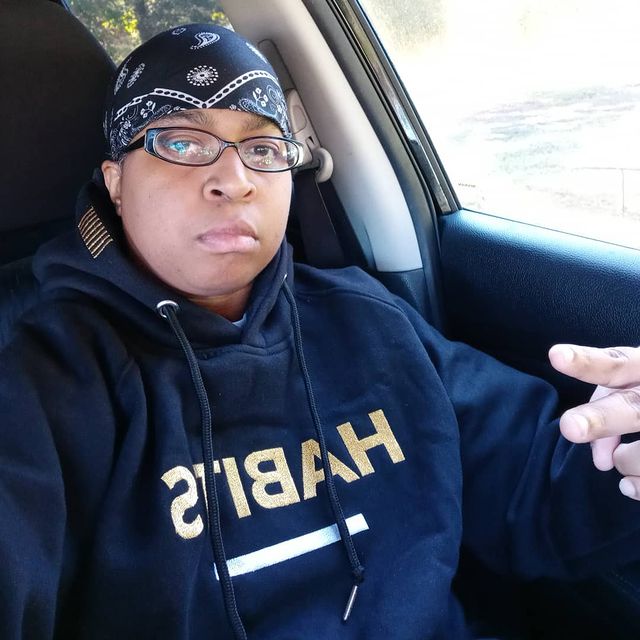 Recently our team had the opportunity to seat with the brilliant musician to know more about her music and future planning. The gifted artist had been extremely helpful in answering our queries. Read below to know more.

DMR: Hi Finesse, tell us some interesting details about yourself? Where are you from and how does it affect your life?

Finesse: I was born in DC and raised in VA. Now I have been living in NC for 16 years. Growing up in the DC area was tough. There was a lot of crime and drugs all around me so my escape was writing music whenever I had time to myself. When I was 17 I joined the Air Force back in 2000 and my first base was stationed overseas in England where I met other Airmen who also rapped.  It became a bond that lasts to this day and that experience helped me become the person that I am now.

DMR: What kind of message does your latest single, ‘Still’ convey? Does it have any positive impact on the audience?

Finesse:  When I first heard the beat for “Still” it had that vibe to it letting me know that this is going to be a storytelling track. I wanted to paint a picture of someone who got down on their luck and was trying to survive but it was being done the wrong way. Sometimes we have so-called friends and family who will smile in your face all in while trying to do harm to you. This song is in comparison to what is going on in society when people are being bullied or feel like the only way out of their problems is by suicide and that’s what happens at the end.

DMR: Tell us about the style of the rap in the song and how it’s different than the contemporary rhyming style?

Finesse:  Being from the east coast there’s a certain type of cadence to how we rap, the way we word our songs and project them put you in remind of maybe KRS-ONE or Nas. It’s not about getting behind the mic and just saying anything I have to write it out and recite with in mind how the listener will hear it.

DMR: Do you write your own lyrics and what inspired you to come up with the brilliant wordplay of the track?

Finesse: I write and produce all of my music from start to finish. I make sure that when I write I make sure their is some type of message within the song that people can relate to whether it’s good or bad. The structure of how I rap come from how I write my lyrics down on paper using and the wordplay is what makes me a lyricist.

DMR: What is the best part about your music and why?

Finesse: The best part about my music is when people tell me how a song was able to help them out of a tough situation or the the wording was on a certain verse they had to hear over and over. Also being able to interact with different DJs and producers I feel like my hard work is finally starting to pay off.

DMR: Which hip-hop artists influenced you the most? Do you use what you’ve learned from them in your music?

Finesse: My favorite artists of all time would have to be Rakim and Common. I have been a fan of both of them since they first came out and I got a chance to see both of them when they performed in North Carolina I was star struck. Rakim’s song “Microphone Fiend” and Common’s “I Used to Love H.E.R” I know both of those songs by heart and I still remember both videos like it came out yesterday. I have learned from them that if you stay who you are as an artist then you will have that longevity for many years to come.

DMR: When did you first start rapping and what was the motivation behind it?

Finesse: I started rapping maybe about age 7 or 8 after seeing KRS-ONE on tv with his video “My Philosophy”  I fell in love with it. Then when MC Lyte came out with “Paper Thin” I knew that I wanted rw rap. With MC Lyte being one of many female rap artists to ever come out of hip-hop she brought that grittiness to her music that I liked.

DMR: Is your music relatable? How do you think the listeners will relate you your latest composition?

Finesse: There are songs that people can relate to whether it’s the death of a loved one or everyday life struggles. My latest single reflects on the struggle of life and everywhere you go their somebody trying to bring you down or want you to fail.

Finesse: Female rappers have talent. It is not always about showing skin in videos or talking raunchy in songs. Something changed from the time when Queen Latifah first came out to now with the new female artist I believe it’s what this generation wants especially labels mainly sex sells. There are a lot of females who can write and rap but get looked past because it’s not what is out in the mainstream or it’s not sellable. That’s why some stay independent and invest in their own careers because the major labels are stuck on what’s for the now and not for the artistry or creativity itself.

DMR: Who is your favorite female rapper and why?

Finesse: Favorite female rapper of all time is MC Lyte. Hands down one of the best who can rhyme and has hit after hit.

DMR: Are you working on any upcoming projects right now?

Finesse: Right now I am just dropping singles but maybe in a couple of months I will be dropping my third album.

DMR: Do you work independently or under any record label?

Finesse: I am working independently but probably in January I will be signing on to a label based out of Baltimore in which I have known the owner since we were stationed overseas together and he knows the talent I have.