Adele cried, so did her teacher, and so the audience, during the show ‘An Audience with Adele’ | Daily Music Roll 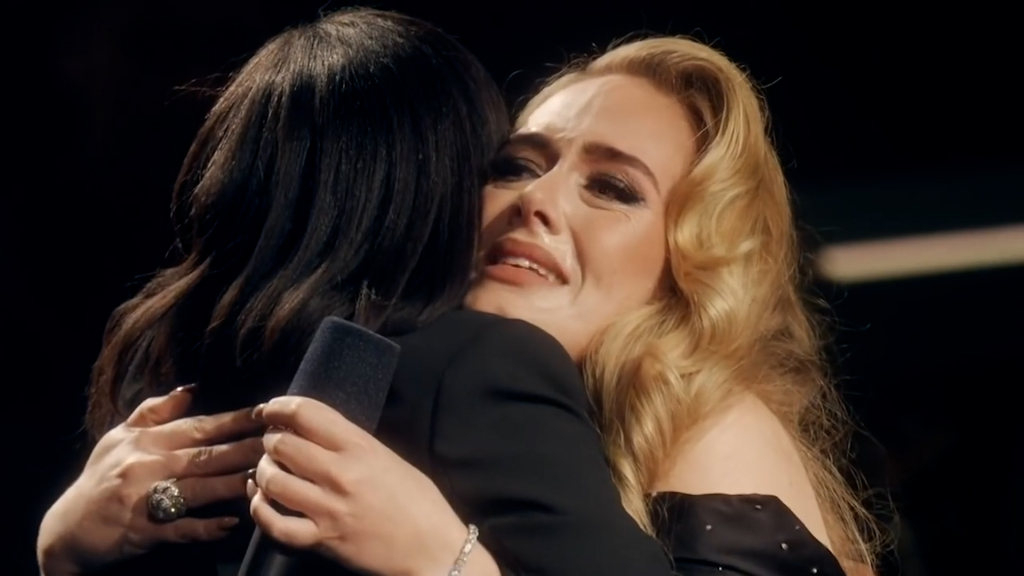 Adele has made people cry with her music a lot of times but this time she could not hold her tears when she met with her school teacher after a long time. The emotional moment took place in the ITV concert special, “An Audience with Adele,”

During the concert a Hollywood actress Emma Thompson asked her in her younger days whether there was someone who inspired her, supported, and protected her. In reply, she said that it was her English teacher, Ms. McDonald, at Chestnut Grove Academy, who had an immense impact on her life and career.

The Grammy-winning singer added, “I had a teacher at (south London high school) Chestnut Grove, who taught me English. That was Miss McDonald… She got me really into English literature. Like, I’ve always been obsessed with English and obviously now I write lyrics.”

She further mentioned “she was so bloody cool. So engaging”… “She really made us care, and we knew that she cared about us.”

Then Emma revealed that coincidently, she was sitting in the audience. Adele was stunned by hearing such a thing as it was after 20 years they met each other. Miss McDonald came on to the stage. They hugged each other. McDonald said, “I’m so proud of you,” and Adele by then started crying and her eyes were filled with a tear of joy.

She further added, “You really did change my life”, during the exchange. The incident brought tears of joy to the eyes of the audience. After that the 33-year-old singer asked the host Alan Carr to take the stage as she had to fix her makeup- “Now, I’ve got to get my whole face re-done,”

After the show ended, Adele took to Twitter to share her excitement at the reunion. Alongside a series of pictures, she wrote “There was so much love in the room for each other, it felt like such a gig! Everyone was raucous and bang up for it! And my teacher Ms. McDonald was there, it was just heaven.”

Adele is now working on the promotion of her fourth studio album “30”. The project which focuses on her divorce, healing from the situation, and some messages for her son, has been acclaimed widespread by critics.