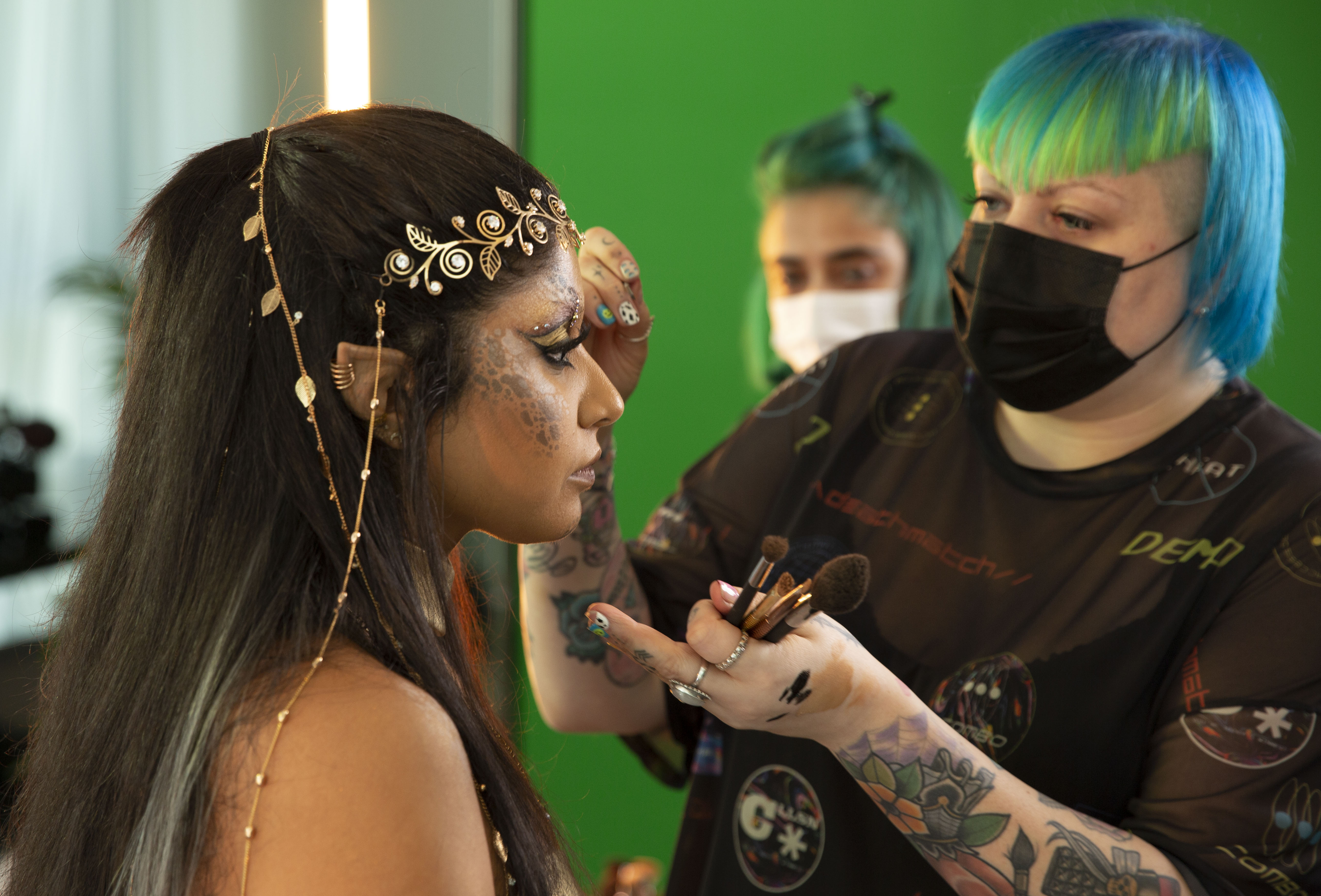 The song tells the story of relationships, heartbreak, and feeling empowered to choose oneself above all else.  It combines the sentiment of a mystical atmosphere with modern-day times. Recorded and produced in Abu Dhabi, the “Tree of Flames” music video was also shot against the backdrop of several locations throughout Abu Dhabi. The resulting clip is a high-drama, cinematic affair that portrays an unorthodox love story.

The single was recorded, shot, and produced by The BarCoe Studio using locally-based crew and talent.  BarCoe’s Film Director Shiva Kojaki who worked with FAFA in conceptualising the song into a meaningful visual story commented, “Tree of Flames is such a heartfelt song, so we really wanted to create a video that would convey its emotional intensity. When I suggested the idea of a romance between a mythical creature and a human, FAFA fell in love with it right away. The rest was history.”

With the help of Dubai-based makeup artist Emily Clayton and fashion designer Jose Quiceno, the team designed the mythical creature that FAFA portrayed as the centerpiece of the video. The production also featured UAE-based talent, Nik Nieves who was cast as the self-absorbed male lead.

Shot in July with the scorching summer heat, the music video presented challenges including finding an iconic tree to represent the “tree of flames”.  The BarCoe team eventually found it at Abu Dhabi’s picturesque Umm Al Emarat Park.

Once preproduction was complete, the crew soldiered through the summer heat and shot a highly cinematic music video on a “Red Camera”, an industry-standard used on countless blockbuster productions.   Sean Barcoe, Founder of The BarCoe Studio said, “From scouting locations to ensuring the crew and cast’s health and safety as well as using world-class equipment to enable the technical shots, the team worked tirelessly on the music video for Tree of Flames. This experience further fuels our drive to succeed in creating more amazing content in Abu Dhabi with the wealth of talented people that reside here.”

The BarCoe Studio is an Abu Dhabi-based audio, video, and music-event production company that launched the “Follow Your Dreams UAE” Campaign at the end of 2020.  The campaign is aimed at encouraging artists to create, produce and pursue their artistic ambitions with the support and resources of the Studio.

The single and music videos are a testament to the range of talent in the UAE. As an artist, FAFA highlights the versatility of this generation and how the UAE is an emerging hub of music and content creation.

“Tree of Flames” is out now on all streaming platforms, and you can watch the video on FAFA’s youtube channel at https://bit.ly/3u2JNO4.

UAE singer-songwriter, FAFA’s love for music began at an early age. Poetry, Lyrics, and melodies were her nirvana and they served as the foundation in her pursuit toward her musical career.

Influenced by iconic artists such as Amy Winehouse, Etta James, Whitney Houston and inspired by her multi-cultural surroundings and international travels, FAFA absorbed the uniqueness of each culture and musical genre while developing her blues-style vocals.

After high school, she went on to perform backup vocals for artists including Bobby Mcferri.  Upon completing her Bachelor’s in the US, FAFA expanded her reach and performed in several cities including New York and Chicago while collaborating with numerous US recording artists.

In 2018, FAFA won the Yasalam Emerging Artist Competition where she then went on to perform at the Village Circle during the Formula One Event in Abu Dhabi and Breakout DXB.  In 2019, FAFA released three singles and performed as the opening act at the Bruno Mars Concert for an audience of over 15,000. In 2020, FAFA performed at various events, including Flash Eid Celebrations, Cosmopolitan Beauty, and Influencer Awards.

In early 2021, FAFA featured on the single “Anta Al Batal” for the game Valorant, which has surpassed over 2.8 million YouTube views. She also featured on campaigns with international brands including Tommy Jeans and Fred Perry.

With over 6 singles released in the past two years, her latest single “Tree of Flames” further cements her innate vocal ability coupled with an extraordinary passion for using music to explore and tell her story.  FAFA is also currently pursuing her Master’s in Creative Media for songwriting and production at the world-renowned Berklee College of Music in New York. 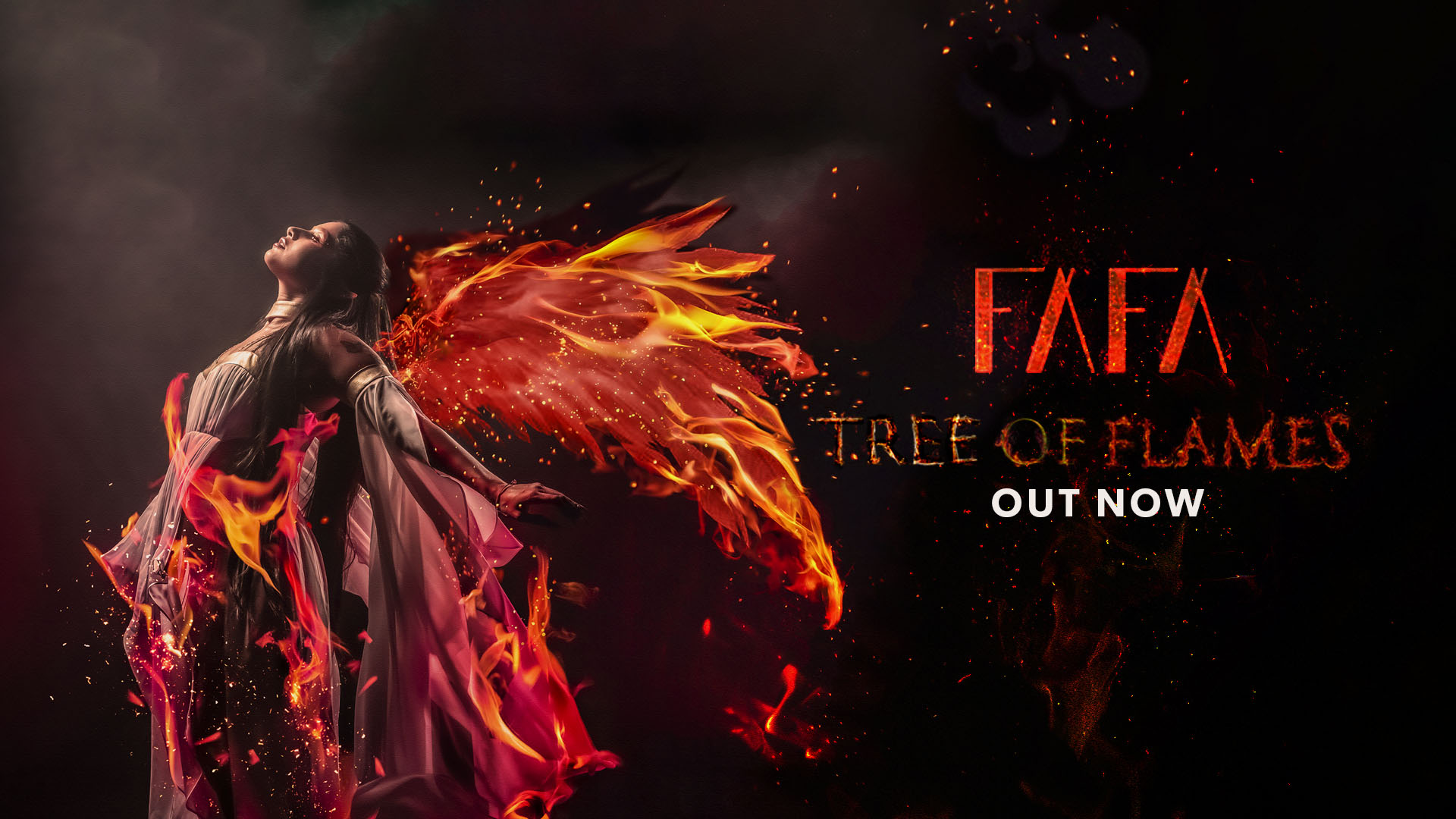 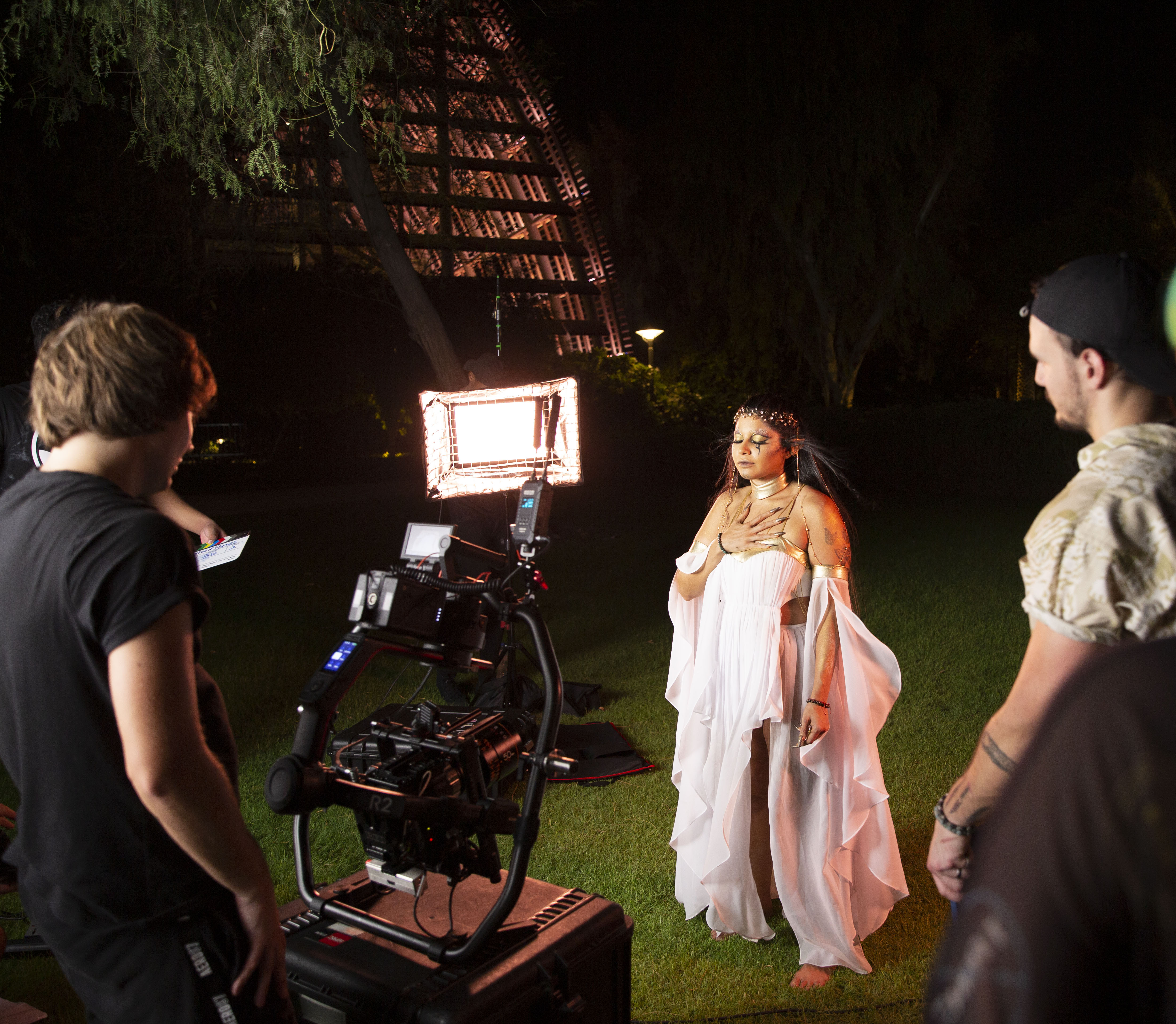 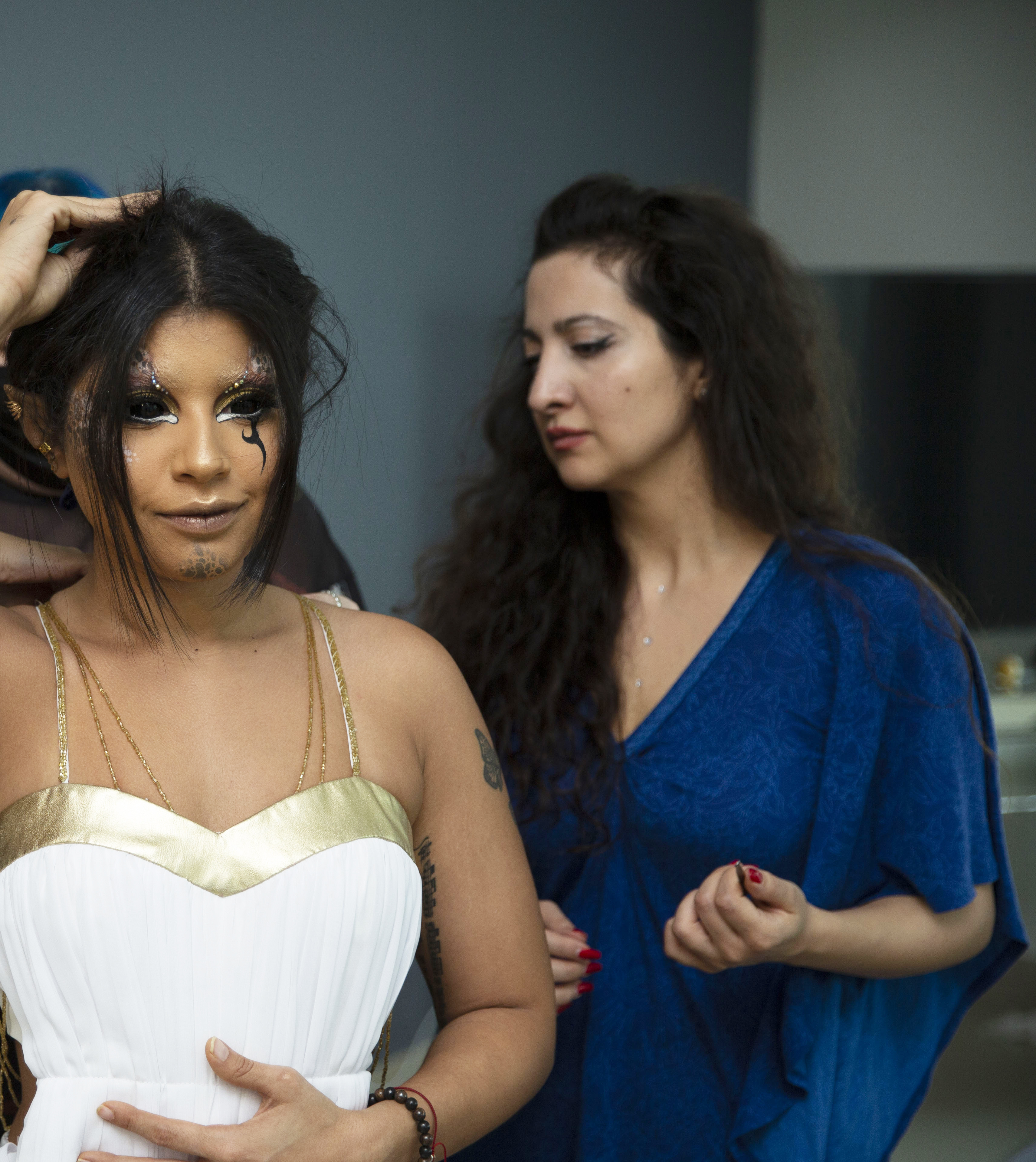 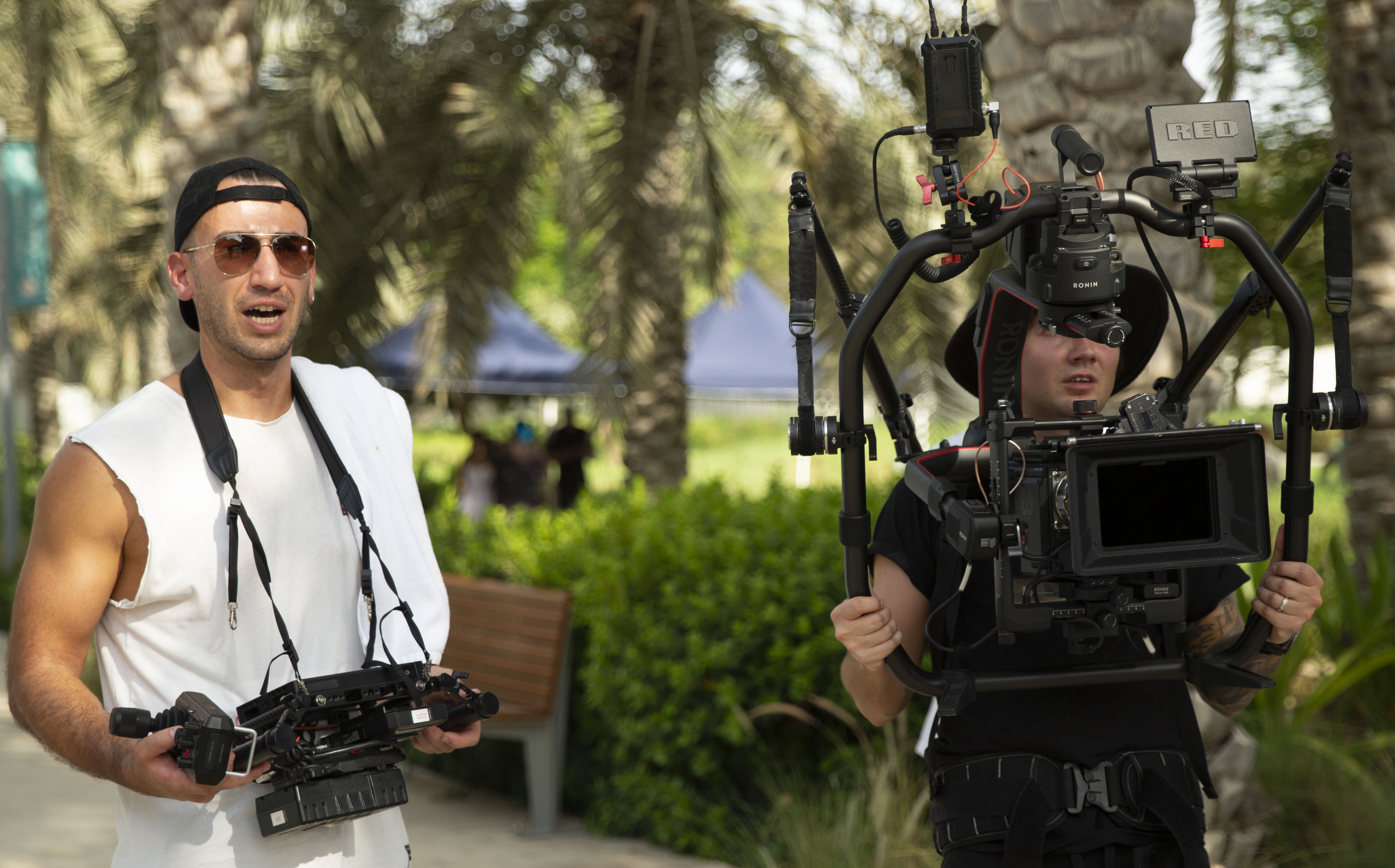 Vibe Sensai new artist on the rise with a unique sound...
December 4, 2021