Seasoned singer-songwriter Jay Elle fills the hearts of the listeners with unexplainable joy and happiness with his latest refreshing release ‘Miss Mess’. 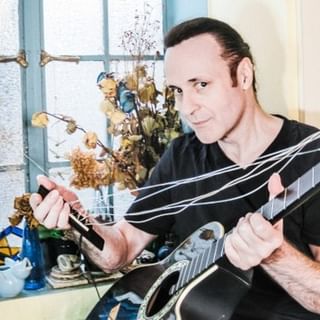 Rising star Jay Elle has graced the fans with a brand new number, ‘Miss Mess’, which is a part of his latest 12-track album, ‘Ride the Wave’. The track has a certain allure to it, achieved through perfect chord structures and rhythmic arrangements. The soothing and unique rhythmic flow is the result of the artist’s willingness to go beyond a single genre. The positive energy in the song represented by the lively lyrical illustration and upbeat rhythmic beats forms an ambiance of pure acoustic bliss. His soothing voice breathes life into the brilliant resonance of the song, creating a permanent impact on the audience.

Stepping into the music world at a very young age, he has shown incredible possibilities at singing, songwriting, and instrumentation. Jay Elle had always found solace in music-making which inspired him to keep going no matter what. He has decided to contribute to add some happiness to the world with his latest soundtrack, ‘Miss Mess’. The blend of different rhythmic flavors has earned him a great reputation in the industry. His 2019 self-produced EP, ‘Ease Up’ also became a hit among the true music-lovers everywhere. All his music is available on his website. Stay tuned for more tracks and information about the singer.