Billie Eilish opens up her heart full of darkness through the latest album,’Happier Than Ever’ | Daily Music Roll

Pop icon Billie Eilish is empowering everyone with her highly anticipated latest album ‘Happier Than Ever’ released this year. The album contains sixteen pop tracks.

One of the most anticipated albums in 2021, Billie Eilish’s latest album ‘Happier Than Ever’ is showing a more different and mature side of Billie as an artist and a person as well. Her deeply emotive singing style and a hypnotic raspy vocal tone meander through every corner of this album. Her powerful songwriting does not only show the personal turmoil but also the fame that reflects life and career. The 19-year-old pop artist says, “I’m getting older” in the opening track of the album and conveys how much she has gone through by saying “I’ve got more on my shoulders”. Starting from her debut album ‘When We All Fall Asleep, Where Do We Go?’, the artist has significantly created a new stream of pop music which become a global hit. The bedroom-bound subject matter and teenage struggles, romance, hedonism were some of the ingredients of her songs. There were dark vibes, buried insanity, black, and red splashes yet occasional playfulness made it enjoyable for all. The latest album consists of a heavier and indulgent subject matter presented with a delightful ambiance. 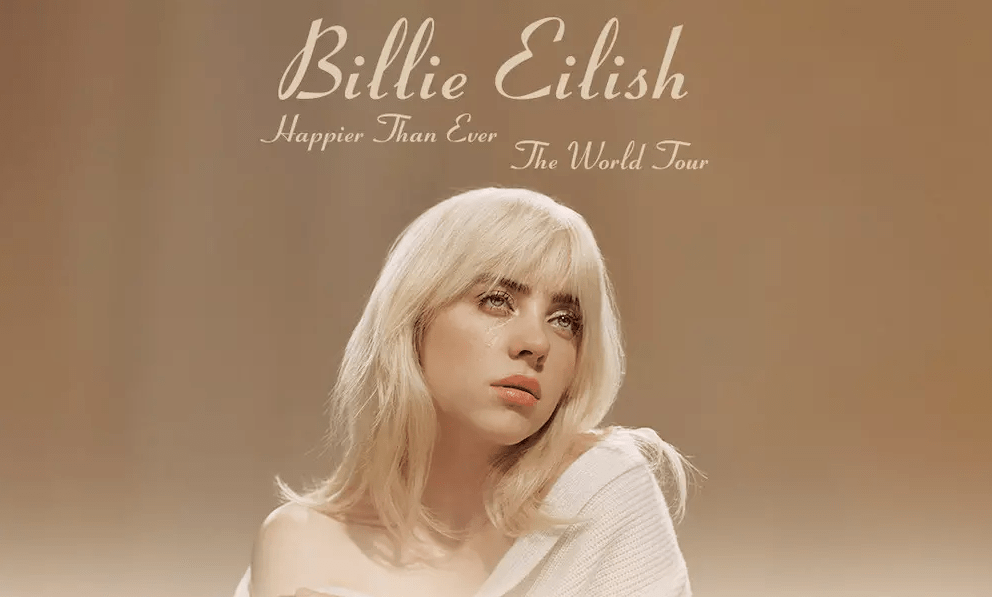 In this era of social media, stardom is an easy thing to handle with severe death threats along with abusive comments. She whispers, “You wanna kill me? You wanna hurt me?” which is followed by a giggle, “Stop being flirty”. Even on the track ‘NDA’ she calls out the “pretty boy” with a notably somber essence. The track provides power and creeps both with the representation of stalking and being watched. On the other hand, ‘Getting Older’ and ‘Your Power’ deal with the primal sexual need with a bit of explicit lyricism and engaging soundscape. The album emphasizes mental health problems and establishes the subject matter of Fame and its ill effects. Ruined relationships, lurking stalkers, invaded privacy and vulnerability are some of the aspects conveyed to the listeners. The title track ‘Happier Than Ever’ explains the true reason being the happiest is getting rid of the toxicity of relationships and negative influences. She

The musical arrangement in this album offers sonic delight by incorporation different variations. There is intoxicating jazz, subdued electronica, and certainly some pop grooves. A gorgeous production has helped each track grow with a captivating soundscape. There is a capella, lush loops, The official music videos have shown people Billie’s new blond look and the morphosis even clearer though both, musically and lyrically. ‘GOLDWING’, ‘Lost Cause’, ‘Oxytocin’, etc are some of the greatest examples of that. There are a total of 16 tracks in this album and each of them carries an ample amount of Billie’s psyche, soul, and creativity. ‘Billie Bossa Nova’, ‘my future’, ‘Overheated’, and the list keeps going on when it comes to her recent tracks. Multiple immersive moments, drums, guitars, and digital grooves make Billie’s emotionally rich singles onto a complete package of happiness. The poetic lyricism in each track does not fail to envelop what is known as Billie’s Magic.