Popular Dominican singer Natti Natasha is back with her second full-length album, ‘Nattividad’ two years after her debut album, ‘Iluminatti’. Released on Friday, it is being put on sale worldwide. The album has a total of 17 tracks featuring many talented artists. She described the album as her rebirth. She reassures herself by saying that she does not have to stop being herself for anything or anyone in the world. She is not willing to take the permission of others to be happy in her own life. She will be happy at every step of the process. All these epitomize her new album.

The album is extremely important for the international singer as it is her first work after she became a mother for the first time of a beautiful baby girl Vida Isabelle with her husband Raphy Pina. The songs of the album represent duality in different aspects. A baby carriage, a pacifier over a vintage microphone, and more can be seen in the cover art. They represent the new change in her life intermingled with her previous self. She describes the song as a Christmas gift for her fans that came a little early. The fans worldwide seem ecstatic to listen to the new releases. 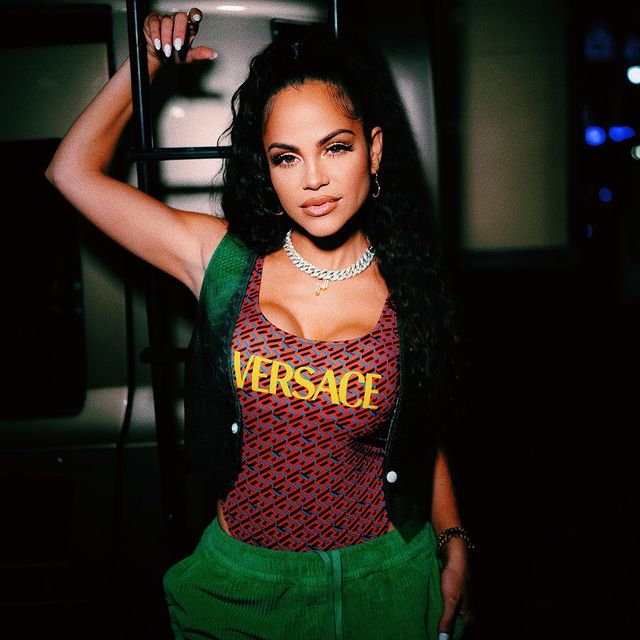 This Thursday, she attended the face-to-face ceremony of Billboard Latin Music Awards that was held in Miami. The show was broadcasted live on Telemundo from the Watsco Center in Coral Gables, Florida. According to her, she dedicated lots of love and time to the album which makes it extremely touching to the audience. The album has brought a revolutionary change in women’s representation in the urban genre in Latin music with its brilliant compositions. The songs of the album feature a perfect balance between her personal feelings and contemporary trends with her unmatchable creative artistry.

The multi-talented singer, songwriter, rapper, Natti Natasha has released her latest album, ‘Nattividad’ on major digital platforms on September 24th. It opens with a brilliant track, ‘Frozen’ followed by ‘Impossible Amor’ featuring Maluma. Artists like Prince Royce, Becky G, La Duraca, Farina, Cazzu, Nio Garcia, Brray, Miky Woodz, Justin Quiles, and many more are featured in the album. She became the first female reggaeton artist to acquire the number 1 spot on the Billboard Hot Latin Songs chart since Ivy Queen in 2005. Her new album is bound to make a great impression on the Latin music industry. The album is available on major streaming platforms.