Music artist and singer Lana Del Rey recently came out with her newest single, ‘Blue Banisters’ that creates a magical progression of thematic lyrics and music.

Fans of Lana Del Ray are celebrating again this year. After the widespread success of her last album, she is now back with new tracks that are presenting her unique music palate. She recently came out with the song, ‘Blue Banisters’ that was released as a surprise to all her fans out there. The song feels like a thematic continuation of her last album, Chemtrails Over The Country Club with power in its resonance. This may be called the beginning of a new era for the artist. Her vocal projection and haunting after-effect steal the show yet again as the audiences dive into an endless stream of the musical and thematic saga. The new song also presents the artist’s creative range establishing her as a phenomenon.

The singer took to Instagram to post a picture of the song’s artwork on April 28. She also promised an album which was slated to come out on 4th July. Audiences and fans were quick to respond to the announcement of her new work. The new song brings out the Lana Del Rey essence which is one of the biggest components of her soundscape. Her work is a representation of artistry as a whole as she puts together each of her songs with the right balance of natural emotions and productions. Her new song presents a new avatar of the artist with a powerful yet subtle voice. 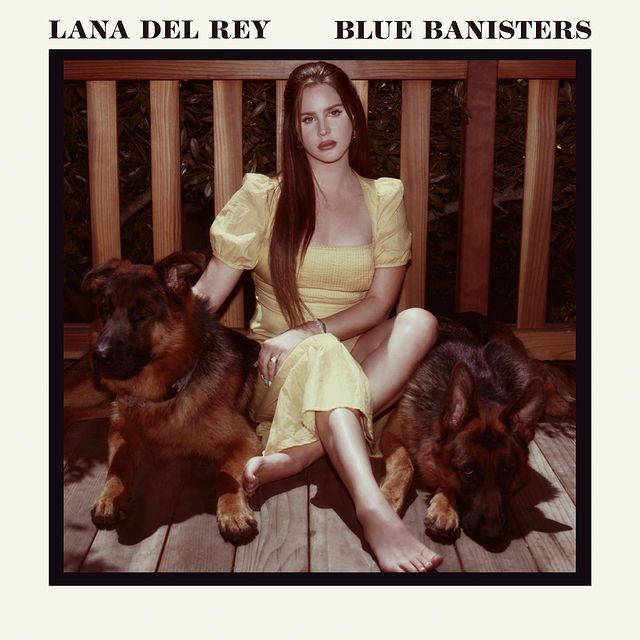 The song ‘Blue Banisters’ is a serene flow into an undulating arrangement. Emotions and individuality mark the texture of the song as she delivers like never before. The instruments and the constant humming of her vocal resonance make a wonderful and compact collaboration that resulted in a mellifluous song. Her music is for the introvert and allows them to embrace themselves with open arms. This time, the vision is the same with a more powerful structure. From the beginning till the end, Lana nurtures the music and guides it towards creative liberation for all.

Artist Lana Del Rey is already riding high in the popularity wave with her last album. However, she does not want to stop and continues to give us beautiful and relatable sagas that would allow us to find our nirvana as well. She also released two other songs, ‘Text Book’ and ‘Wildflower Wildfire’. So the speculation for a new album is doing the rounds. Till then, listen to her rolling new song on Spotify and get mesmerized by the soft, caressing beauty of music yet again.