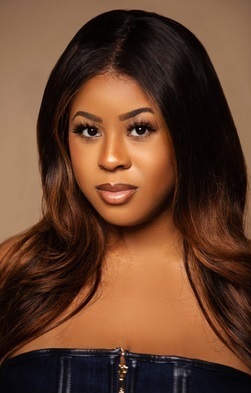 The newest addition to the R&B industry, talented singer-songwriter Tai Mystique has become a vital figure in the contemporary music scene with her unparalleled soundscape. She has just released a brand-new single, ‘Addy’ on major streaming platforms, winning hearts. The song is the epitome of thematic versatility with a poised blend of R&B, EDM, and a little bit of alt-pop. Like her other hit single, ‘Toxic’, this song also depicts the passion and excitement experienced by everyone when a new love interest comes around in life. The listeners are bound to relate to the story presented through her power-packed enticing vocal performance wrapped in the warm embrace of an addictive melodic flow.

Based in Chicago, the multi-talented musician has been an avid fan of music from a very young age. She started playing piano at the tender age of 13 but soon found her calling in singing. After releasing her debut album, ‘Fun Night’ with Sumthin’ Hot Records in 2012, Tai Mystique decided to release her music independently and dropped her solo EP, ‘Last Summer’ in 2020. Stylistically, she bears a resemblance to Jasmine Sullivan and Kehlani with a hint of Aaliyah. Make sure to follow her on Spotify and Instagram and stay updated about her upcoming EP.

Listen to her track on Spotify: