Following yet another animated music video ‘Hate‘ by Sean Slick, we have come to know how powerful lyricism and musicality can leave an impression on the listeners. Dig a little deeper and you will find every single word to be harsh truth in this new single. However, we got an opportunity to come through an interview session with this rising star. Let’s see how he has appeared with his new face of musicality 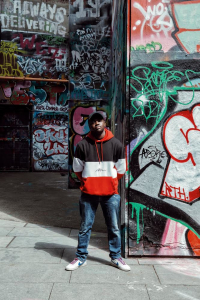 1. Please tell us something about this newly released single. How the idea came up to your mind about releasing ‘BMW Remix’?

Ans. The reason why I created a song called Hate is because I feel we live in a world where Hate is quite common, it’s a characteristic that we tend to shy away from and is a trait that has such a negative connotation to it, some may ask why we hate and I wanted to give my perspective on that topic, I think every person at what point has felt a level of hate or has been hated before so I wanted to make a song that really resonates with the listener.

2. ‘Hate’ – if we go by the word, it somehow represents a harsh truth. Hence, is there anything that has triggered you in the past for which you have given shape to this expression?

Ans. Yes in ways I have seen how hatred can affect myself or indeed people around me and I’ve come across hateful things online and indeed in the world, music is such a powerful tool that you can be able to influence and reflect a specific mood or context so the song Hate has elements of real life things. I always pride myself on the fact that my music is as real as it gets. I don’t want to sugarcoat anything, no gimmicks just in essence the truth.

3. Can you share the inner meaning of your music video?

Ans. So the music video was me being experimental, I wanted to try something different, I wanted something to attract a whole new crowd and I see how the anime culture is very popular in the world, the meaning behind the video if you watch carefully basically describing the lengths people go to express their hatred or disdain and how you can recover from the hate by rising above it and being strong, because the moral is to be the bigger person and don’t let the hate overwhelm you.

4. We can see a wonderful animation running in the background. Why have you chosen it to be an animated figure?

Ans. Thank you so much, yeah I chose the animation because like I said you know as an artist you want to try something relatively new, everyone knows what I look like now so I wanted to surprise my fans with something besides the norm, anime and hopefully attract some new eyes onto my work.

5. Another bold collection! How are you feeling about your success?

Ans. I’m thankful for my success, it’s been a journey she I still got some more paths to go through, all in all I’m blessed and I feel I’ve come along way to when I started so it’s all about pushing and keeping the fans happy you know.

6. It seems that you are continuously working on creative changes in the music. Can you enlighten on the matter that what are the new changes you have made in this recent track?

Ans. Yeah it’s interesting you say that, because I predominantly am regarded as a Hip Hop Artist, this is a track where I go fully R&B and in my previous worlds I add elements of it so it was a creative shift cause I’m almost doing a 360 with my usual lyrical raps but how I feel is this is a lyrical R&B track not too many artists I’d say are capable of penning a song like Hate which is a sung track so I’m very proud of my work and I’ll always dabble into the R&B bag, of course my main love is Hip Hop and on my new EP Garden of Eden i stay true to my Hip Hop forte so that’s always a plus.

7. Musicality, video presentation, lyricism – according to you which one will rank first when it comes to releasing a new music video?

Ans. Has to be the musicality because we are in the music business and in this climate to keep the listening engaged it has to sound good aesthetically with the production side, when you get the fans hooked that way eve thing else is a bonus, but I do know I’m one of the best lyricists out today and I always try to work with a videographer that knows the context I’m trying to create with my songs so a video has to reflect that I’m my book.

Ans. Thanks, like I say I been rapping since I was 14 however my professional music career didn’t start til 2017 when I was 19. So it was basically me just releasing projects and getting visibility, being on peoples radars for the last 4 years and just making great music, I know quite a lot about the industry now and built relationships with people as well as my fans so it’s all a gradual process in which I’m grateful for.

9. Newbie artists are often afraid of proceeding with their sole composition. Any tips for them?

Ans. My advice is your music is for others not yourself, someone will like your input, not every song I make is my favourite but I know every song will effect a listener and they’ll pick it out as their favourite so keep creating, enjoy the process and don’t be deterred if you’re not at the level yet you want to be, just keep working on your craft and enjoy the process. Always setbacks that’s life.

10. Who has been your inspiration during all these years?

Ans. My inspiration right now is the world.

11. Is there anyone from the industry with whom you would like to collaborate in the future?

Ans. You know it’s Sean Slick, love all yall who supporting me and there’s more to come SLICKO!