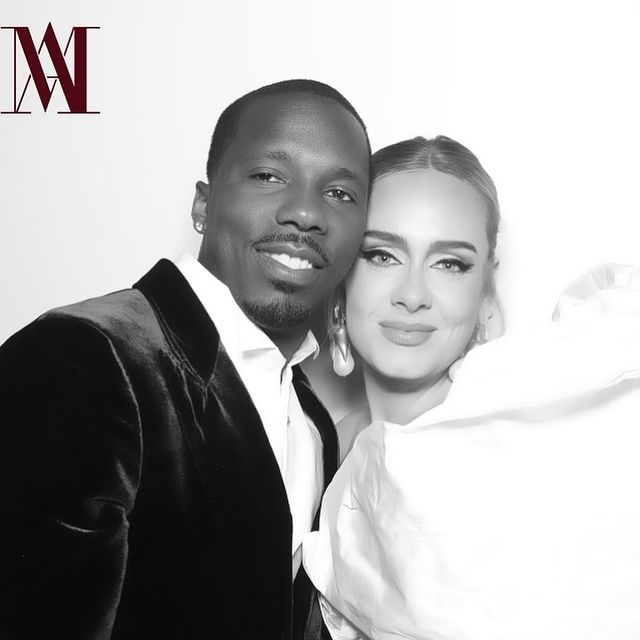 Adele has confirmed her relationship with her boyfriend Rich Paul on Instagram.

The 33-year-old Turning Tables singer took to Instagram on Saturday sharing a handful of photographs that were reportedly taken at the wedding of Los Angeles Lakers star Anthony Davis and Marlen P over the weekend. The singer was dressed in a divine Schiaparelli gown with white tufted sleeves. She was looking like a goddess in the clips. However, apart from her breath-taking beauty, what took away the cake was the third picture. The picture was of Adele with her rumored boyfriend, sports agent Rich Paul, whose clients include Davis, LeBron James, Ben Simmons, and other NBA superstars.

The photo was edited in black and white where the couple was seen smiling and seemingly happy. Paul wore a velvet tuxedo, which paired perfectly with the luxe gown worn by his date, who captioned the photos with a heart emoji.

The first waves of curiosity regarding their love arose after they were spotted together looking cozy at Game 5 of the NBA Finals back in July. The couple went to Phoenix’s Footprint Center, where they nabbed courtside seats to watch the Milwaukee Bucks take on the Phoenix Suns.

In one of the profiles in the New Yorker from June, Paul said that he was hanging out with a huge pop star without divulging any names.

Paul told the interviewer, ‘She was over yesterday’ but then added, ‘I’m not dating, I’m single. Put that in the story.’

It was only in March that Adele and her ex-husband, Simon Konecki finalized their divorce nearly two years after separating according to Yahoo Entertainment. The couple agreed to joint legal and physical custody of their 8-year-old son, Angelo, and Konecki waived the right to seek or obtain any spousal support.

Adele is also in the news for her long-awaited forthcoming studio album which she plans to release before Christmas. Also in reports is that she will return to the stage for her first live performance in four years.

LilCee Moyeready brings something creative to the table with ‘Dw...
October 19, 2021
Interview