Tuba is one of the most famous musical instruments from the brass family that generates the lowest-pitched yet deep-sounding tune. The instrument creates a buzzing sound created by the brass metal and vibration of air. The combination of sympathetic resonance and lip vibration helps to create a deep and intriguing melody just like other brass instruments from the family-like trumpet and tambourine. The instrument appeared in the middle of the 19th century and still enriching every music genre with improvised styles. Usually, it is used in classical music and orchestra but the flux of change in the music industry has made tuba a part of modern and contemporary music as well. 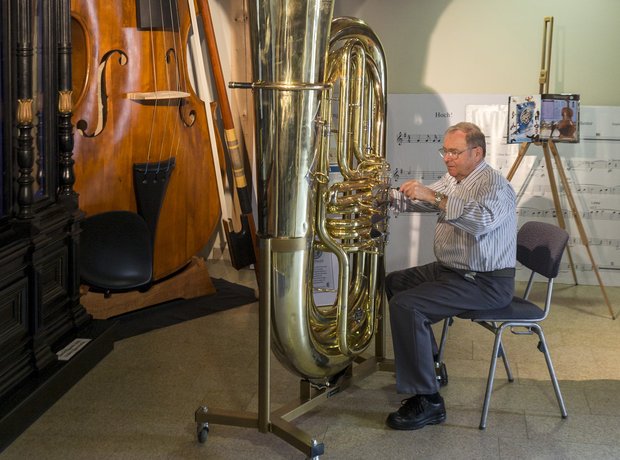 Tuba was made to replace the ophicleide, a newer instrument that merges with every soundscape especially blues and jazz. The word ‘Tuba’ is a Latin term which is referred to trumpet. Carl Wilhelm Moritz, the son of Johann Gottfried Moritz has first brought the concept of Tuba that changed the music scene at a greater magnitude. Carl created the first tenor Tuba in 1838 which later on turned into a modern instrument. The instrument is a part of the musical evolution and revolution as well.

A tuba is a brass instrument that consists of several small elements to create several pitches like F, E♭, C, or B♭. The instrument contains several long tubes bent in a way that produces more resonance with e heavy bass-like effect. The valves also help to create a smooth composition by subtly changing into a different pitch. The basic structure of Tuba stayed the same through all these years but some occasional changes arrived with the need of the Tuba players. Some Tubas can be converted into marching machines which are known as the marching Tuba. Usually, Tuba is a big-sized brass instrument and takes skills and space to be played. However, with the need of playing in live concerts and street events, the players have opted for a more convenient and lighter option which is known as sousaphone. Contrabass bugles also garnered a lot of attention for their wide use in marching bands as well as military and police music, considering it an honor. The rich and flavorful sound of Tuba is not limited to musicians only but spread among the listeners of all kinds of musical tastes.

While tuba was invented in the mid-19th century, the players kept emerging from the middle of the 20th century. Tuba players from all over the world started enriching the classical music, blues, and jazz industry with their precious contributions. Here is a list of the well-revered tuba players around the world who took tuba playing on a whole new level.

There are many other musicians who appeared in every decade to put an impact in the industry with Tuba. 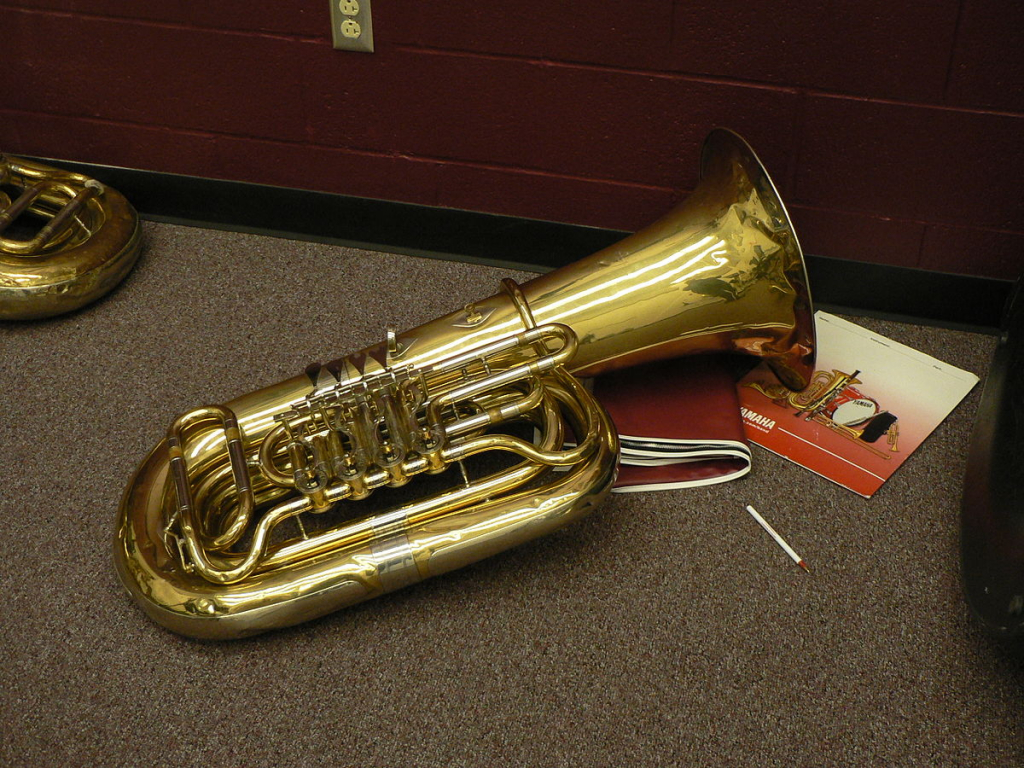 Some interesting facts about Tuba

Tuba has gone through a lot of changes to reach its final form. The instrument is derived from an earlier version of Tuba, an ancient instrument known as the Serpent. The instrument appeared in the music industry in the early phase of the 18th century which is known as the ancestor of Tuba. The name serpent was given due to its long serpentine structure.

The weight of Tuba does not only reflect through its deep bass-heavy tune but also its literal weight. It can be cumbersome to carry Tuba for beginner musicians. Tubas weigh around 30 lbs on average and they can go up to 50 lbs. This is the reason why tuba players prefer to play the instrument while sitting on a chair so that they can balance the weight. The lighter version, sousaphone is used for playing while standing.

Most people assume that the tuba is just like any other wind instrument that can be played by blowing air through the mouthpiece. However, it is not entirely true as the mechanics of Tuba depend on two major elements as, air and vibration. The players need to create a vibration through the lips in order to get the perfect tune and pitch. Thus, a buzzing sound is produced through resonance.

While some might think the tuba is not the instrument to be played alone, some musicians have broken this myth. Tubas can be very useful in an orchestra but concertos like Roger Bobo and Fredrik Hogberg have proved everyone wrong with their solo compositions.

The biggest irony of the tuba is that it is the loudest instrument in the brass family yet it is hardly over orchestral concerts. The instrument has an appealing nature that captivates every listener around the world.