Korean pop or popularly known as K-pop has become quite a cultural phenomenon in recent years. The pioneer of taking K-pop to the global stage is BTS. Known as Bangtan Sonyeondan or Bangtan Boys, the South Korean band is made of seven Young musicians from all over the country. The band was formed in 2010 and made its debut in 2013 in Seoul, the capital of South Korea. Established under the renowned Big Hit Entertainment, the band became extremely popular in just a matter of time. The seven members co-write and produce most of their compositions. The group started as a hip hop group and has gone through plenty of evolutions widening their musical spectrum. Now their music includes different genres producing a fascinating hybrid sound. 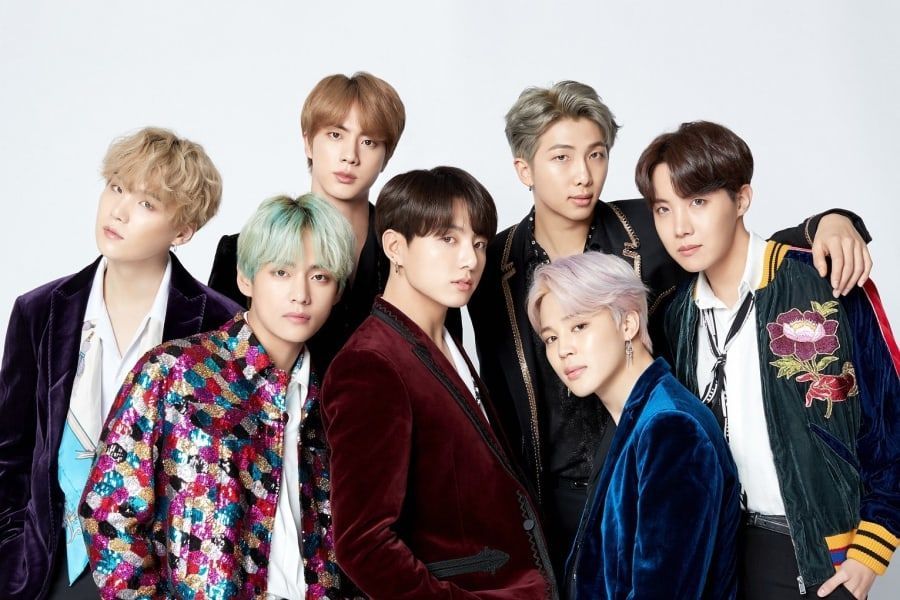 The band consists of seven members. When the band formed, they were just teenagers. They entered the industry with their debut album, ‘2 Cool 4 Skool’.

The band is popularly known as BTS, which is the acronym for its Korean expression Bangtan Sonyeondan. It means Bulletproof Boy Scouts. The thought behind the name was that the band would break the criticisms, stereotypes, and expectations aimed at the young generations. The band is known as Bōdan Shōnendan in Japan. The acronym also stands for Beyond The Scene, which gives the band a new identity. According to them, it means, ‘growing youth BTS who is going beyond the realities they are facing, and going forward.’

The initial members were selected by Big Hit Entertainment through ‘Hit it’ auditions in 2010 and 2011. There were several changes in the members until the final group members were chosen and the group was formed in 2012. Six months before the band made their debut, the band members started building their fanbase through Twitter, fancafe posts, video blogs, and numerous song cover on SoundCloud and YouTube.

Before the band’s debut in 2013, the leader RM was a well-known figure in the underground rap scene and released many songs. He also collaborated with Zico. SUGA was also an underground rapper before joining the band. Jin was a student majoring in acting from Konkuk University. He was then streetcast for auditions. J-hope was already in a street dance group called, NEURON. Jungkook was selected by many agencies but he chose to sign with Big Hit after witnessing Rap Monster’s rap. Jimin was a top student in modern dance at Busan School of Arts. Then he transferred to Korea Arts High School alongside V. V auditioned in Daegu.

The band debuted with their album, ‘2 Cool 4 Skool’, the first installment in their ‘school trilogy’ was released on June 12th, 2013 with the lead single, ‘No More Dream’. Though the album reached number five on the Gaon Album Chart and sold more than 105,000 copies, the songs did not become major hits.

The second part of their ‘school trilogy’, ‘O!RUL8,2?’ released in September 2013 reached the number four position and sold more than 120,000 copies. The songs were also not big hits. Bu the band was recognized in different awards shows as the New Artist of the Year.

The last one in the trilogy, ‘Skool Luv Affair’ was released in 2014. It reached the number 1 spot on Gaon Chart and sold more than 200,000 copies. It also reached number three on Billboard’s World Albums Chart. In August that year, they attended KCON in Los Angeles. Their first-ever Korean studio album, ‘Dark & Wild’ debuted at number 2 on the Gaon Chart. Their first tour, BTS Live TrilogyII: The Red Bullet started in October and ended in December 2014.

BTS became quite popular in not just South Korea and Japan but all over the world. Their music has topped Japan’s Oricon’s daily chart several times and they have toured in Japan quite a few times. Their performance at US KCON in 2016 was completely sold out. They won the Album of the Year at the 2016 Melon Music Awards for ‘Young Forever’. Their single ‘Blood Sweat & Tears broke all-time record’ and became their first number 1 hit on the weekly Gaon Digital Chart. The music video on YouTube gained the highest number of views for a K-pop video in just 24 hours.

In 2017, the band gave their fanbase the name A.R.M.Y and a logo creating a separate identity. They reached the highest spot for a K-pop band on the Billboard Hot 100 with their song ‘DNA’. They were the first K-pop band to ever perform in the American Music Awards. They were number 1 on the World Album Artist. In 2018, the band was given the Top Social Artist Award at the Billboard Awards in Las Vegas. They performed in several significant events in Korea and outside. Their fourth Korean language album, ‘Map of the Soul: 7’ was released in January 2020. It became a huge hit all over the world. They performed at the 62nd Annual Grammy Awards.

BTS works with different charities all over the world. They participated in a collaboration charity event ALLET’s Let’s Share the Heart. In 2017 BTS and Big Hit Entertainment donated nearly US$85,000 to a charity that worked with the families of the people killed in the 2014 Seoul Ferry Disaster. With UNICEF, the band launched a campaign named Love Myself that helps the child and teen survivors of domestic, school, and sexual violence. They will be donating 3% of their every album in the ‘Love Yourself’ series.

BTS is the biggest K-pop band in Korea as well as the world. No other Korean musical group has had such an impact on popular culture all over the world. They have also had a great positive effect on the South Korean economy and the global music industry. The band has paved the way for other K-pop stars to acquire global success. From being a Korean boy band, they have now become the most influential figure in the world music scene.