Jahi Israel is presenting a stream of meandering consciousness through the verses of reggae. He recently came out with the track, ‘Oppression’ that explores the different variants of life such as social, cultural, spiritual, and intrapersonal perspectives. Through his music, he wants to reach out to the audience and led them into his melodic and responsive music. 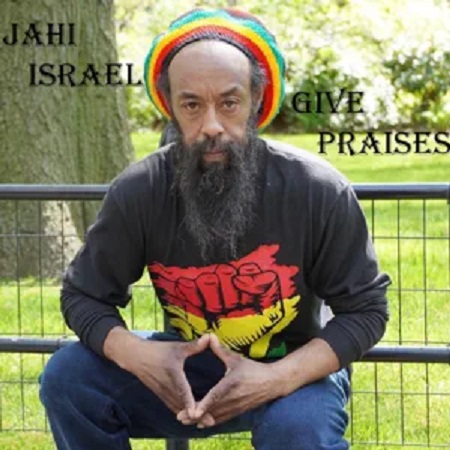 DMR: Which old-school, as well as contemporary music artists, influences your work the most?

ANS: Growing up in a rock&roll area I loved Jimi Hendrix,  then the Beatles, who changed everything, and Led Zepplin and the Who. Even followed the Grateful Dead for a little bit. But once a heard conscious Rasta music I was hooked. Bob Marley and Peter Tosh blew me away. Lately, it’s men like Sizzla, an Caplelton an Luciano.

DMR: You sound like someone who is beyond materialistic pleasures. Do you think life can run its course without worldly desires?

ANS: Life IS going to run its course. The question is, how much are we going to let are worldly desires ruin it for us. The Almighty has already given us everything we need to live and set a path before us. Worldly desires just distract us and keep us away from where we’re supposed to go. Everybody feels these things and it can be very difficult thinking about tomorrow when you need something now. But you have to be honest with yourself and have your priorities straight. Remember only the Almighty is perfect. But get your priorities straight.

DMR: Your musical style is very personalized and imbibes numerous musical and thematic components resonating with a global sound. What do you think about the audience reception of such an undefined soundscape in the mainstream music industry?

ANS: I’m curious to find out. All my hope and trust is in the Almighty. He has given me this mind and put these songs in my head. I can only sing them as they are.

DMR: Your inclination towards spirituality is evident. What compelled you to move from the conventional American life to leading a Rastafari lifestyle?

ANS: The conventional American Life led me to drugs and alcoholism while witnessing the racism and feeling trapped in a second-class life. Making me want to experience a place where everyone was basically the same. So I ventured to Jamaica. It is there I met Rastafarians. They opened my eyes to a different way be to be in touch with the creator. In America, Christianity is looked on as dumb and corny but always something I wanted to explore. And it all came full circle when they reasoned about black people being the first people on Earth. and the true children of Israel. Leading up to Emperor Haile Selassie1, fulfilling all the prophecies of Christ’s second coming. At first, I would just say Haile Selassie1 was just a great man, Emperor of Ethiopia, and so on. But after being around Rastafarians, and studying His Imperial Majesty’s life and words it is obvious to see he was no ordinary man. And then continuing to study His Majesty and praying and feeling a stronger and stronger connection to the Almighty, with to fully coming to the conclusion of the Divinity of Haile Selassie1. Jah Rastafari!. So it is a lifestyle that wants to be one with the Earth and as natural as possible. Which will lead to a stronger connection to the Creator. But to us it’s everything. As you get closer to the Almighty your life WILL get better which will lead you to express your gratitude more and more, with words coming from your heart.  That’s the inspiration that powered men like Bob Marley and Peter Tosh and all true Rastamen. And of course, speaking for the disenfranchised and powerless. As the late John Lewis said, “if you see something wrong, you have to say something about it.”

DMR: Do you make music for yourself or your audience? Or are you aiming at helping your audiences open their eyes to the greater meaning of life as you did?

ANS: In my opinion, if you have the ability to speak to numerous people you should be saying something to help people. When you find the Almighty all He asks us to do is spread His message. I feel His message, and see the injustices going on in the world, and feel the need to say something about it. Music is my vehicle. To me, the most important thing is getting the message out.  To help people see the truth, and hopefully encourage further conversation.

DMR: Do you plan on exploring more areas of your creative abilities and set up a soundscape with more music and songs in the future?

ANS: As far as the future goes, I have been writing for many years and have many messages to get out now. But I truly give thanks to being able to still observe and come up with new thoughts every day. And while I can, I’d like to get to as many areas as I can.

DMR: Although Bob Marley has set his image and significance in the backdrop of socio-cultural acceptance, many taboos are prevalent in the glamorous industry. Do you think it is a cultural influx, or people are blinded by materialistic virtues and hence, the wrong perspective?

ANS: Yes people are blinded by materialistic virtues and hence have the wrong perspective. If you have not grown up in an environment of high spirituality it is very easy to be attracted to material things we can hold in our hands. When our experience in this world grows we learn that the spiritual world IS more important than the material world. And until we change our value system, we will continue to see starving people and homeless people,  sex trafficking, and drugs and war.

DMR: Do you give your music any identity apart from just being a reggae soundscape?

ANS: The identity I would give my music is conscious, spirituality with a little prophecy. Although I don’t really deal with labels.

DMR: How do you sustain your own conscience on a regular basis given the detrimental condition of the world with news and de-motivating stories constantly being fed to us by the media?

ANS: It’s just total faith in the Almighty. He tells us to fear him and NOTHING else. He has already shared with us His divine Grace, and Mercy by creating us, so it is easy to follow his word. And we see the world falling further and further away from the Creator so the detrimental events will continue.

DMR: Lyrics are the backbone of the kind of music you make. So, are you a poet?

ANS: I never really called myself a poet. Just trying to put stuff out there that would make the world a better place to live.

DMR: Any words of wisdom for upcoming artists, the strugglers, and the people staggered in the plight of life?

ANS. So to upcoming artists or anyone struggling, it’s just about putting the Almighty first. Getting on the path He has set before us. Why should He help you if you’re not doing anything with the path He has given you. And it’s also about getting your priorities straight. Doing the things that will help you reach your goal. And not doing the things that will only delay you. How much do you REALLY want it?!