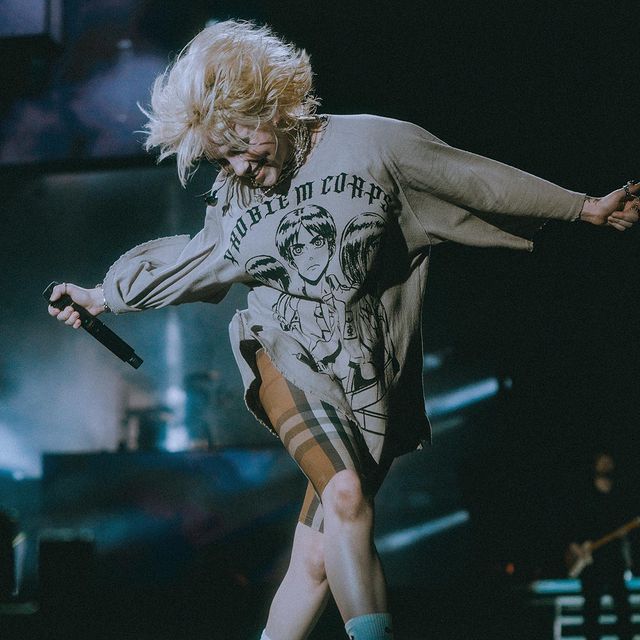 Pop artist Billie Eilish recently gave a fitting reply to all those queer accusations that she has been facing for many years now.

At the beginning of this year, the pop artist came out with the music video for her song, ‘Lost Cause’. The song thematically represents how terrible men can get while they enjoy an all-female slumber party. The sapphic imagery led to the start of speculations about Billie’s sexuality.

She fueled the speculations about her sexuality, even more, when she took to Instagram to post a photo from the same music video and captioned it, ‘i love girls’. Many people took this as her coming-out message especially because the post was released on the second day of Pride Month. However, later, she also took to Instagram to share a picture of herself with her boyfriend, Matthew Vorce. Some people are considering it to be queerbaiting, many of her fans are of the opinion that the singer has obligations to speak publicly about her sexuality irrespective of whichever way it falls.

The drama circling around her sexuality has never been addressed by Billie Eilish directly. However, she commented on the same in one of her recent cover stories with Elle Magazine. The 19-year-old singer said that that she is not comfortable with the public who have no other intent in life but to splice her life and personal choices.

The singer also shared that she is still adjusting to the exuberant fame that her career has brought her. It became an ongoing issue for her after her address was leaked online and the paparazzi started swarming up at her place. She has always been scrutinized in the public eye for her looks, dress sense, and sexuality for that matter. She said, “Like, oh yeah, that’s everyone else’s business, right? No. Where’s that energy with men?”

She also shared, “I just wanted to make a song once, and then I kept making songs. I never said, ‘Hey, pay attention to my life.’” Disconnecting from social media, she said, “All my friends know I don’t wanna see any of [the negative chatter]. When people send me something mean, it hurts my soul.”

In the end, it is her life and choice and she remains answerable to nobody.