Upcoming rapper Ned, The Koala promises to penetrate the hearts of the audience with his sublime melodies | Daily Music Roll

Aspiring hip hop artist and rapper from Philadelphia Ned, The Koala is raving the contemporary hip hop scene with his brilliant thought-provoking melodies. He has recently come under the spotlight with his recently released singles. The soothing sound of the numbers takes the audience to a place of tranquility. The acoustic brilliance of his soundscape not only helps them get closer to their feelings. The multi-talented young artist has been kind enough to give us some time and answer our questions. 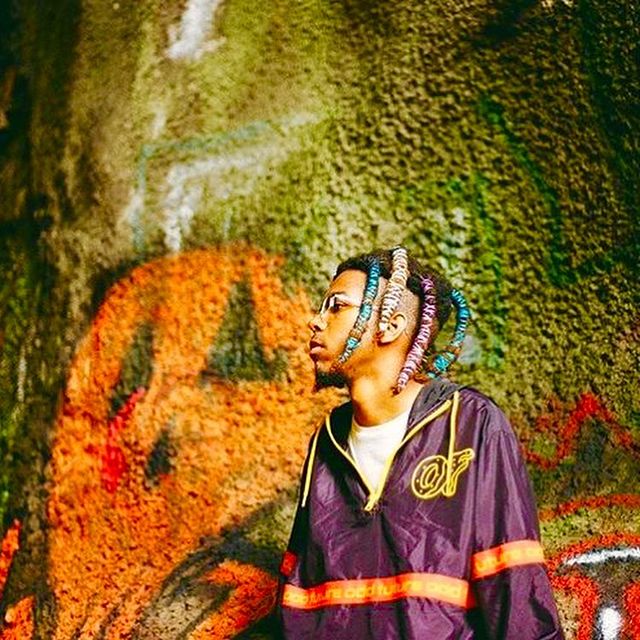 DMR: What artist name would you like the promotion to be continued in?

DMR: Please tell us more about your music, genre, and soundscape.

Ans: My Music Is rooted in the hip hop/rap culture but also explores so many other genres such as R&B, Jazz, Outsider, chopped and screwed, cloud rap, pop-punk, instrumental-based music, Spoken Word, Soul, Reggae. The list goes on and on.

DMR: How important are lyrics in the thematic weave of a song?

Ans: I know this is gonna be a hot take, but for me personally, lyrics are kinda lower in the totem pole in terms of musicality. Don’t get me wrong I love songwriting and I’m gonna be doing it for other artists more in the future, but for me, a song is all about the feeling, it’s all about the melodies and the chord changes and bridges. My Song “Fell In Luv” lyrically isn’t the most complex and doesn’t need a rap genius lyric breakdown or whatever. But the second the ear-worm hook and the 808’s drop you feel something, it puts you in a mental and emotional place and makes you wanna write a letter to an ex you never had haha. But yeah as long as you get the point across you win.

DMR: Which artists inspire and influence you the most to achieve creative accomplishments?

Ans: It’s funny because a lot of artists will tell you who inspired them but never tell you how that inspiration plays a part in their artistic evolution. For me, the list is too big to count, but I’m gonna keep it short. Lil B taught me to not take myself overly serious all the time, that music is supposed to be fun at the end of the day. Tyler, the creator taught me to go full alien and just not to second guess myself and never to put myself in a box, that man is The Godfather of my whole movement I can’t wait to work with him soon. Brian McKnight taught me how to step up my vocal game, singing was always something I used to be insecure about, now I’m singing vocal runs and riffs and that shit is tight. But most importantly The Alchemist made me step up my overall production style. Having an ear for samples, drum patterns all of that.

DMR: How did your creative identity come to be?

Ans: I wish I had this cinematic award-winning story but in actuality, i was around 15, and one random day I was like “Ned, The Koala…. Yeah I’m stuck with it” when people started telling me that Ned, The Koala was the dumbest name they ever heard, I knew I had something.

DMR: Any upcoming plans for the future?

Ans: Yeah so I’m at a point where I’ve laid a good foundation and my name is getting spread around more and more every day, so now my focus is on the live aspects. Shows, Tours, Meet and greets with fans, Listening Parties, more interviews, and stuff like that. Things have been going great so I just have gotta keep on keeping on ya know?

DMR: When did you start making music professionally?

Ans: Growing Up I played in a lot of bands ranging from metalcore to bedroom pop. I’ve been doing music all my life but I didn’t start releasing my own solo music until my first mixtape “Sebastian” in 2018

DMR: Do you think live performances are extremely crucial in an artist’s career and why?

Ans: Yes, yes, yes, and yes. If you ask anyone I know, all I talk about is performing. Watching live shows on YouTube and practicing stage presence is all I do. It’s my personal favorite part of doing music. It’s such a big part of me as a person let alone a musician, I think it should be a more prioritized aspect in being an artist. You can have the hottest music videos, the biggest features, and the highest-selling album, but a live show is where your supporters see you shine. I love being able to jump around and be a goof for 45 minutes because the crowd does it right with me.

DMR: Where do you find the inspiration and drive to make music?

Ans: Most Of My Drive and inspiration come from the future. I want my name to be in conversations amongst people like Quincy Jones, Michael Jackson, Kanye West. Where in 300 years from now my name still holds weight. So in order to do that I gotta put my literal being into my art. The future is so crazy and that’s what keeps me going. Like, imagine a 50-year-old Ned, sheesh.

DMR: Any tips for an upcoming lot of musicians?

Ans: Two Words: STAY INDEPENDENT. I already know it’s not the cool thing to preach artistic independence but so what. When you sign, you are just giving the machine a reason to make money off you. They need you more than you need them, I’m gonna see to it myself that labels go extinct, it’s not gonna be an easy fight but a good fight nonetheless. Like imagine you just had a baby, and the sexy the baby is born some people in suit and ties come in and says “ okay we change your baby to have blue eyes, brown hair, also they’re gonna wear what we pick out for them, dictate when they can eat, when they can play, and change what they’ll grow up to be” sounds gross right? That’s what they do to your art. And I don’t know about you but I’m gonna be the only one raising my kid