Upcoming rapper Duhlight is making some brisk moves with his latest musical representation ‘Steppin Freestyle’. The banger is setting an example in the music industry. 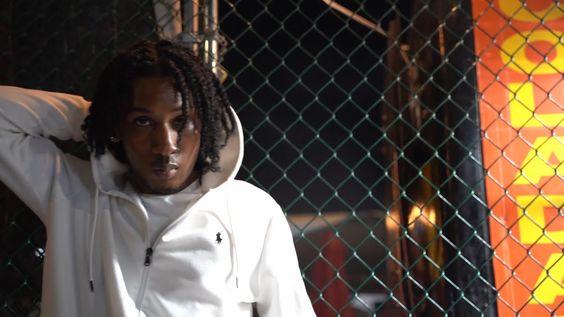 The hip-hop industry is getting enriched with the latest contribution by Duhlight. This rapper is keeping his name out there with his latest banger ‘Steppin Freestyle’ which premiered on 8th October. The banger is masterfully crafted with some dicey digital grooves and smooth rap deliverance by the artist. There is an adequate amount of weight and gritty in the track which is balanced with a seamless flow of melody. The bass grooves and digital beats create multiple rhythmic sections through which the rapper meanders with his eclectic style and flow. Just like the title suggests, this banger is more of freestyle rap and the bars come straight out of his heart. The raw and ebullient taste of hip hop does not fail to engage the listeners. The banger has a clock time of only one and half a minute yet its impact stays longer by keeping an indulgent lyrical presence. Catchy, grandiose, and stylish; this single is a musical treat to all kinds of listeners around the globe.

This is just the beginning of this unwavering rapper’s musical career and he is already making a huge buzz through it. The latest track ‘Steppin Freestyle’ is helping him to pave his way to the top of success. It has been released with an official music video that where this rap mogul could be seen performing in an amusement park along with an ample amount of the night aesthetics. Colorful lights and the passing by people have made the video more raw and real while the rapper proceeds with his hard-hitting verses. Featuring while hoodie, the video has listeners the artist’s confident presence along with his craft. Currently, this rapper is already on his quest to craft his next banger which will be releasing soon. Follow Duhlight on YouTube, Spotify, and Apple music to know more about his upcoming tracks.