Emerging multi-genre musician Robby Sinacsi is breaking the boundaries of conventional music with his unique rhythmic approach and singing ability. He has released his debut record, ‘Dark Thoughts’ on major streaming platforms creating a powerful ripple in the music industry. The 7-track album presents incredible instrumental magnificence intermingled with his blissful vocal performance in perfect harmony. The budding music agreed to sit with us for an interview to share his thoughts about his music and future plans. 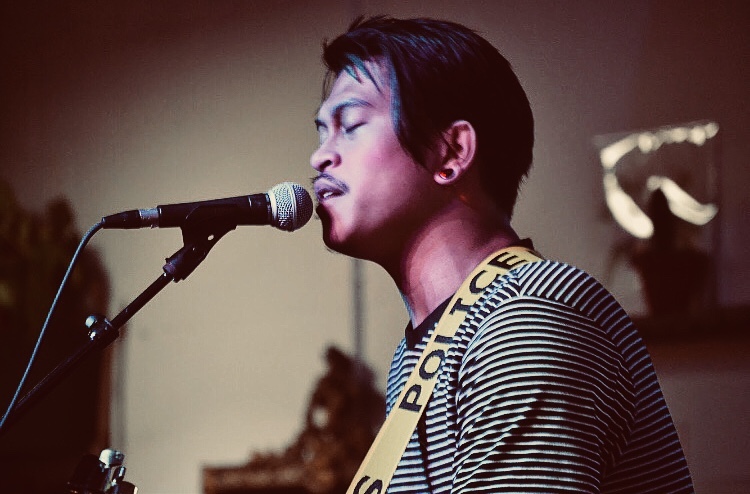 Hello, Robby Sinacsi! Congratulations on the release of your debut record ‘Dark Thoughts’. And thank you for doing this interview with us. So,

Congratulations on the release of your debut record ‘Dark Thoughts’. And thank you for doing this interview with us. So,

Q. Where were you born and when did you move to the USA?

A.  I was born in Manila, Philippines; I moved to Hong Kong as well for a few years, then back to the Philippines. Then I came to the USA in 2005.

Q. Where were you raised and how did it impact your music?

A.  I was raised in West Palm Beach, Florida (in Wellington area); the kids I went to school with listened to a lot of emo, pop-punk, metalcore genres so I pretty much based my music around that.

Q. Tell us about your music, which genres are you most comfortable with?

A. I’m super comfortable with singer-songwriter as my main genre. My secondaries are Indie and Alternative Pop. If you like music that (lets say) Ed Sheeran puts out, then combine that with the band LANY, with a hint of Billie Eilish, boom – there’s me. I like to write sad lyrics over melodic instrumentals, beats, etc.

Q. What kind of music can we expect from your debut record ‘Dark Thoughts’?

A. Something new. I’ve always just worked with acoustic guitars and singing, versus this record containing piano, synths, drums. Sad lyrics, and melodic and rhythmic beats.

Q. How many songs are there in the album and what kind of instruments did you use in them?

A. There are seven songs; guitars were used for sure – acoustic and electric, piano, synths, electric drums. Then of course, vocals.

Q. Which themes did you deal with in the songs and what message do they convey?

A. Stress, anxiety, depression and addiction (to alcohol); pretty much the things I went threw the past couple years turned into songs. Each song has a different message, but the most important song on there is track 5 (Fine). It is technically the last track in the record, because track 6 and 7 are just bonuses. The message is: it is okay to take time away from friends and family to work on yourself; build yourself back up to where you want to be (emotionally, physically, financially, etc).

Q. Who are your main inspirations behind such an amazing and versatile record?

A. I’m the antagonist in this record. I pretty much went down a dark path due stress and anxiety, and resorted to alcoholism, further destroying my mental and physical health. I met someone who slowly helped me get back up on my feet; I started to eat healthier, spent more time with my family (rather than push them away during my dark times), and got back into writing music. For that, I thank her very much.

Q. When did you first singing and songwriting and how long have you been in the industry?

A. I first started singing around the age of 15, but I didn’t take it seriously until I was 18. So I’ve been at it for about 7 years.

Q. Are you currently involved with a production house or record label?

A. No to both. I’m a DIY musician; I do everything on my own, which I believe makes it fun.

Q. What are your plans after your debut hit album, any new projects?

A. I’m actually working on some merch now! Other than that, I’ll be looking into playing shows again. I know the pandemic royally screwed up bands and artists, especially the rising stars. I’m also working on my next couple singles; there may be a collaboration with other musicians, but I’m not sure yet.

Q. What is the main objective of your music-making?

Q. What suggestion would you like to give to your contemporaries and the newcomers?

A. If you don’t know where to start, just start. Nothing bad can happen; you’ll only build up from there. I promise. You can start just by collaborating with another musician, do open mic nights at your local coffee house (do covers). Just start somewhere 🙂