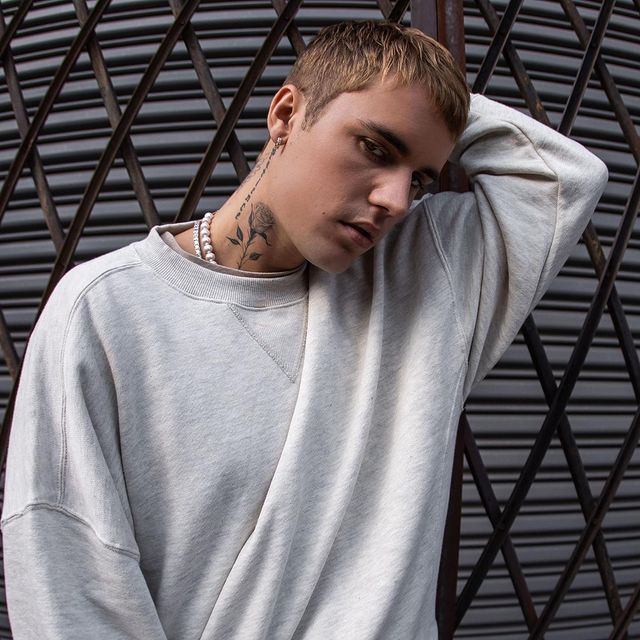 Justin Bieber has churned out a deep emotional single ‘Ghost’ along with an official music video. It has been premiered today on 8th October and already making the fans go crazy.

Everybody’s favorite Hollywood star Diane Keaton has featured in the video as Justin’s grandmother and made everybody emotional. A potential dose of tragedy and grief is present in the track as well as the music video that establishes the deep-rooted connection between a grandfather and grandson.

The latest track, ‘Ghost’ appears in Justin Bieber’s latest studio album ‘Justice’ along with 15 other chart-busting singles. This is the sixth studio album by JB that was released in March this year.

‘Peaches’ is one of the most successful singles from this album which has generated a lot of buzz among the listeners as well as topped the Billboard 200 chart. The track is featured by Giveon and Daniel Caesar.

The latest track ‘Ghost’ has a more personal approach that meanders around the grandfather’s death and overcoming the grief with the very grandmother, encouraging people to move on.

The music video is directed by Colin Tilley and it perfectly portrays the theme. Grief never goes away completely yet we find reasons to rejoice in life, and that is what Justin has tried to say as he sings, “And if you can’t be next to me/Your memory is ecstasy,” following with “I miss you more than life/I miss you more than life.”

Earlier, before the launch of the official music video, Diane Keaton shared a post on Instagram saying “AM I DREAMING??? WHAT AN HONOR IT WAS TO WORK WITH JUSTIN BIEBER AND HIS INCREDIBLE TEAM!!!”

The chemistry between these two stars is being an iconic event as fans and fellow stars have been eagerly waiting for this dream collaboration.

JB has performed the track ‘Ghost’ at the 2021 MTV Video Music Awards that took place in September, this year.

While fans are gawking over the latest music video, Justin Bieber has announced to drop three more exquisite singles out of Justice (The Complete Edition) namely ‘Red Eye’, ‘Hailey’, and ‘Angels Speak’.

Currently, he is looking forward to his documentary ‘Justin Bieber: Our World’ directed by Michael D. Ratner. It will premiere on Amazon Prime.